What better way to fuel a diamond making machine than with internet's favourite animal.
It all started with a brief RND of the “abbe” parameter of Vray's refraction channel. A diamond led to a machine, a machine led to a kids room and a kids room led to a couple of toy police cars. So much is to be said about this short spot but I feel it’s better to leave as much as possible to the observer. The plate on the front reads “I Tego Arcana Dei” which in latin roughly translates to “Begone, I conceal the secrets of God.” Despite its biblical connotations there are no religious undertones. If anything, one might think it’s a bit pretentious. 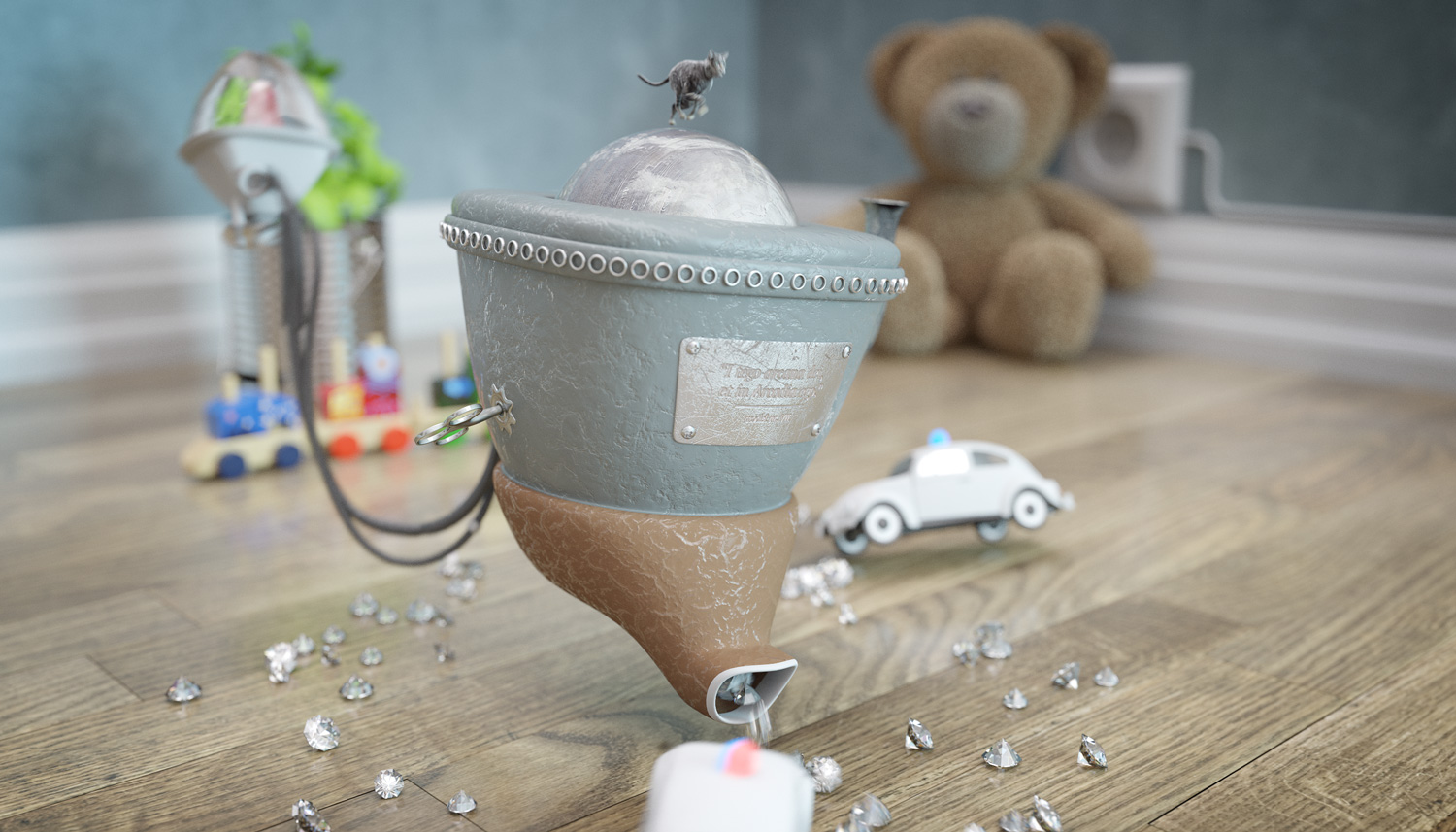 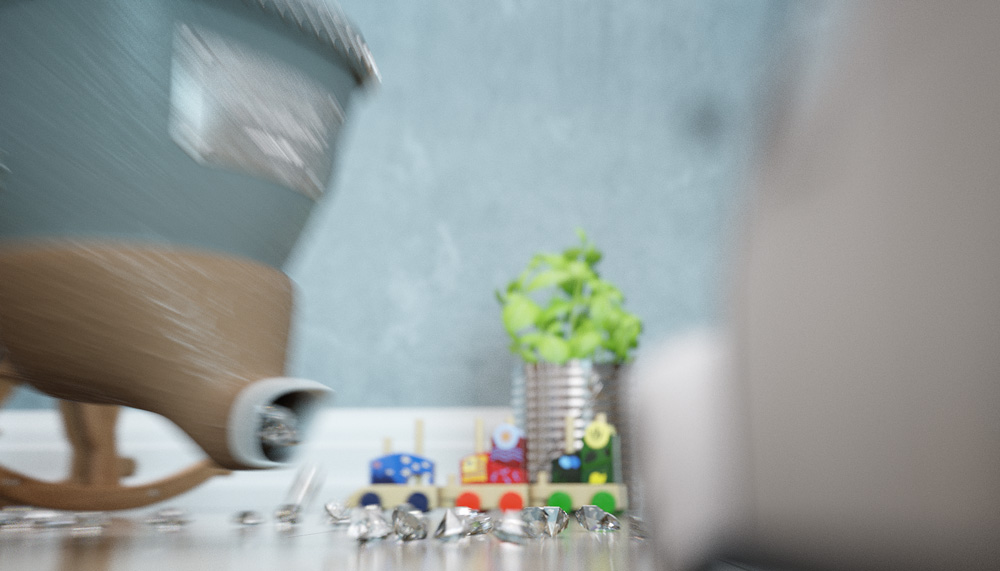 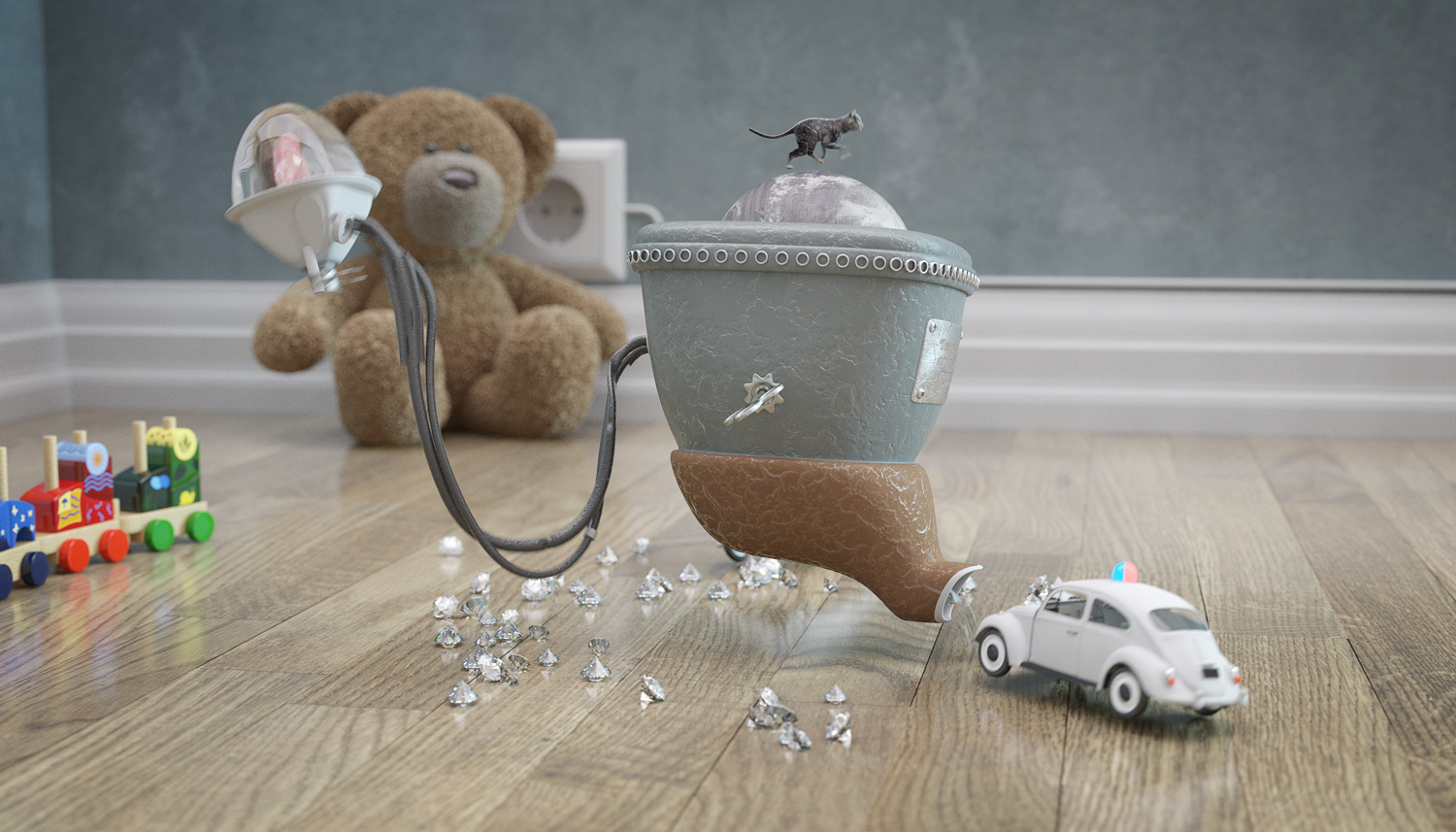